For which one of the following reasons does Internet Protocol (IP) use the time-to- live (TTL) field in the IP datagram header?

Computer-Networks       IP-Header
Question 5 Explanation:
It prevent infinite looping over network . Because each router decrease its value by one and when this (TTL) value become zero , then it is discarded by router silently.

Consider three CPU-intensive processes, which require 10, 20 and 30 time units and arrive at times 0, 2 and 6, respectively. How many context switches are needed if the operating system implements a shortest remaining time first scheduling algorithm? Do not count the context switches at time zero and at the end. 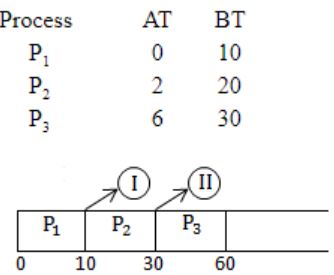 Consider the following LR(0) items corresponding to the grammar above.

Given the items above, which two of them will appear in the same set in the canonical sets-of-items for the grammar?

Compiler-Design       Parsers
Question 7 Explanation:
As we can see in the below given LR(0) items, that all three belongs to different state (sets). 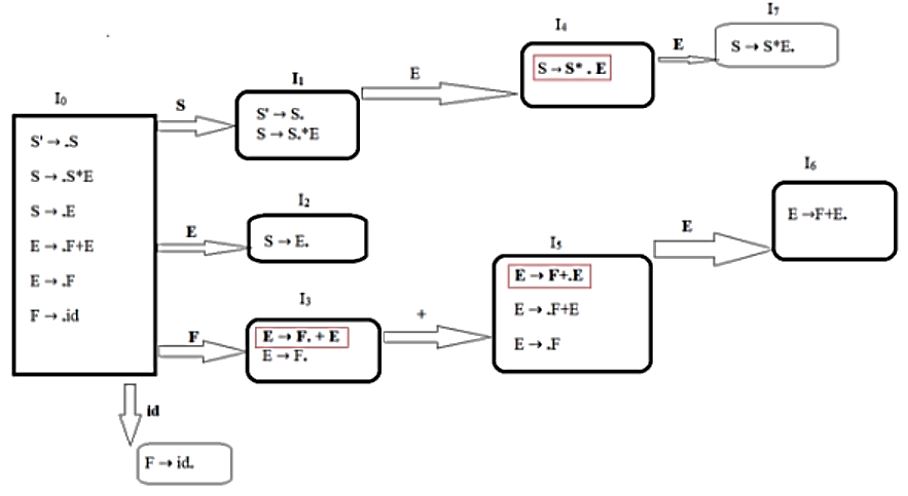 You are given a free running clock with a duty cycle of 50% and a digital waveform f  which changes only at the negative edge of the clock. Which one of the following circuits (using clocked D flip-flops) will delay the phase of f  by 180°?

Digital-Logic-Design       Sequential-Circuits
Question 8 Explanation:
Duty cycle is the period of time where the signal high, i.e. 1.
50% of duty cycle means, the wave is 1 for half of the time and 0 for the other half of the time. It is a usual digital signal with 1 and 0.
The waveform f changes for every negative edge, that means f value alters from 1 to 0 or 0 to 1 for every negative edge of the clock.
Now the problem is that we need to find the circuit which produces a phase shift of 180, which means the output is 0 when f is 1 and output is 1 when f is 0.
Like the below image. 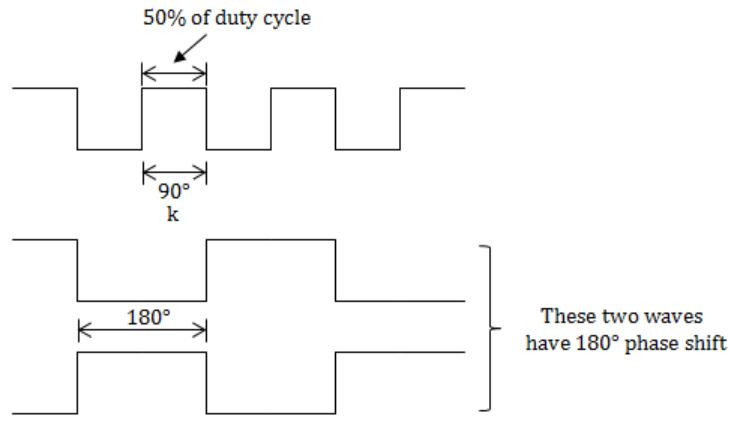 A CPU has 24-bit instructions. A program starts at address 300 (in decimal). Which one of the following is a legal program counter (all values in decimal)?

Computer-Organization       Machine-Instructions
Question 9 Explanation:
The instruction is of 24 bits or 3 bytes. Now the program starts at address 300 and the next will be 303 then, 306, then 309 and so on.
So finally we can say that the values in the program counter will always be the multiple of 3.
Hence, option (C) is correct.

In a binary max heap containing n numbers, the smallest element can be found in time

Data-Structures       Heap-Tree
Question 10 Explanation:
In a MAX heap the smallest values of the heap will always be present on the last level of heap and time complexity of reaching the last level of heap is O(n).
We have to search all the elements to reach the smallest element and heap using linear search.
To traverse all elements using linear search will take O(n) time.

To implement Dijkstra’s shortest path algorithm on unweighted graphs so that it runs in linear time, the data structure to be used is:

Algorithms        ACPath
Question 12 Explanation:
Queue: Basically we do BFS-traversal of the graph to get the shortest paths. There is no point of using Min-heap if it is unweighted graph. Even though if you use after every extract min operation you have to do min-heapify which takes O(log V) time. so, the total time will be O(VlogV). As it is undirected graph you should do BFS from the source then you will get shortest path only. It will take O(V+E) time.

Which one of the following in place sorting algorithms needs the minimum number of swaps?

Algorithms        Sorting
Question 14 Explanation:
Selection sort requires minimum number of swaps i.e O(n). The algorithm finds the minimum value, swaps it with the value in the first position, and repeats these steps for the remainder of the list. It does no more than n swaps, and thus is useful where swapping is very expensive.

Consider the following C-program fragment in which i, j and n are integer variables.

Let val(j) denote the value stored in the variable j after termination of the for loop. Which one of the following is true?

An element in an array X is called a leader if it is greater than all elements to the right of it in X. The best algorithm to find all leaders in an array

Algorithms        Time-Complexity
Question 17 Explanation:
Solves it in linear time using a right to left pass of the array will takes time complexity is O(n).

Theory-of-Computation       Context-Free-Language
Question 19 Explanation:
L1 can be accepted by PDA, we need to push all 0’s before 1’s and when 1’s comes in input string we need to pop every 0’s from stack for every 1’s and then for every 0’s. If stack and input string is empty at the same time then the string belongs to L1.
But for L2 and L3 PDA implementation is not possible. The reason is, in L2 there are two comparison at a time, first the number of 0’s in beginning should be equal to 1’s and then 0’s after 1’s must be less than or equal to number of 1’s. Suppose for initial 0’s and 1’s are matched by using stack then after matching stack will become empty and then we cannot determine the later 0’s are equal to or less than number of 1’s. Hence PDA implementation is not possible. Similarly L3 also has the similar reason.

Consider the following log sequence of two transactions on a bank account, with initial balance 12000, that transfer 2000 to a mortgage payment and then apply a 5% interest.

Suppose the database system crashes just before log record 7 is written. When the system is restarted, which one statement is true of the recovery procedure?

For each element in a set of size 2n, an unbiased coin is tossed. The 2n coin tosses are independent. An element is chosen if the corresponding coin toss were head. The probability that exactly n elements are chosen is:

Engineering-Mathematics       Probability
Question 21 Explanation:
Total number of coins = 2n
No. of elements selected = n
Probability of getting head = ½
Probability of n heads out of 2n coin tosses is
2nCn*(1/2)n*(1/2)n = 2nCn/4n
There are 21 questions to complete.